During the 2015 Plains Elevated Convection At Night (PECAN) field campaign, several nocturnal low-level jets (NLLJs) were observed with state-of-the-art integrated profiling systems. In addition to these observations, numerical simulations with the Weather Research and Forecasting (WRF) model have been used. Previous work identified the optimal horizontal grid spacing, vertical grid spacing, and planetary boundary layer scheme for reproducing Great Plains NLLJs with the WRF model. Comparisons of the WRF simulations with high-resolution observations at three profiling sites are presented for three PECAN NLLJ IOPs. Analyses suggest that the simulated NLLJs typically form earlier than the observed NLLJs. The WRF simulations produce NLLJs that are stronger than the observed counterparts early in the event, but weaker than the observed NLLJs later in the night. However, sudden variations in the boundary-layer winds present in the observations on individual nights are well captured in the WRF simulations with updrafts often appearing in the simulated flow fields similarly to how they appear in the observed data. The WRF model predicts the height of the NLLJ maximum and the core region of strong winds well. Potential temperature fields are also well represented by the WRF model. Overall, the WRF model outputs provide detailed information that matches the observed NLLJ structure and evolution, and the increased spatial and temporal coverage of the numerical simulations permits a more thorough description of the events than possible using point observations alone. Using the WRF model dataset, the spatial and temporal evolution of the NLLJ is explored in more detail for PECAN IOP12 (20 June 2015). The simulations show that the NLLJ evolves differently over the western portion of the PECAN domain compared to the eastern portion with western sites showing more heterogeneity than eastern sites. Connections between the spatial and temporal aspects of NLLJ evolution allow us to identify heterogeneity in NLLJs as a possible mechanism for observed and simulated sudden instances of vertical motion, which may be connected to convection initiation. This study produced three main results. First, it is possible to simulate the main features of Great Plains NLLJs with a carefully configured mesoscale model such as the WRF model. Second, using high resolution simulations in tandem with high resolution observations allow more robust analyses than either dataset alone. Third, the spatial and temporal aspects of NLLJ evolution are closely related and should not be considered separately. 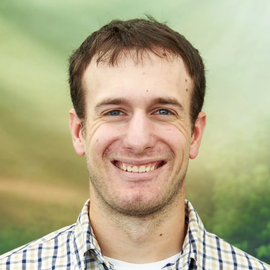