Sea-Breeze Events Near Houston During the TRACER-CUBIC Campaign 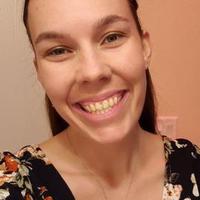 Michelle is a PhD student working with Drs. Petra Klein and Elizabeth Smith. She earned prior degrees at UW-Milwaukee and Metropolitan State University-Denver. She focuses on boundary layer properities in the urban-coastal interface as part of the DOE-AWAKEN project under the OU-NSSL collaboratic CUBIC project.

Sea-breeze (SB) circulations and their impacts on local weather are poorly understood, in part due to a lack of observation focused studies and data availability. The understanding of SB characteristics and evolution are important for accurate prediction of precipitation chances and air quality standards, especially in places where cities are impacted by SB initiated convection. SB circulations are a common phenomenon along coastal regions and act to transport stable, cooler marine air onshore, lessening the temperature gradient between the land and sea. The formation and penetration of the SB front is dependent on prevailing conditions, such as different synoptic regimes or pre-existing convective conditions. An important aspect of SBs is they can often lead to areas of enhanced convergence and lift once they propagate inland, which can act to trigger convection. The TRACER-CUBIC (TRacking Aerosol and Convective interactions ExpeRiment – Coastal Urban Boundary-layer Interactions with Convection) project consists of atmospheric boundary-layer (ABL) observations at four sites around the city of Houston and surrounding coastal areas during the Intensive Observation Period (IOP) from 1 June to 30 September. The evolution of the ABL and development of SBs are investigated using kinematic and thermodynamic profiling data retrieved from Doppler lidars, microwave radiometers, and atmospheric emitted radiance interferometers (AERI). The organization of the instrumentation used in this campaign allows for high-temporal resolution of the SB circulation and the evolution of the ABL.

The Houston area offers a unique place to study SBs and evolutions of ABLs due to its complex air pollution makeup, the proximity of the city to the coastline, and the presence of Galveston Bay. The city of Houston’s air pollution consists of pollutants from several sources including oil refineries, agricultural sources, and from transportation. The ABL throughout Houston is influenced by both marine (‘clean air’) and continental (‘dirty’) boundary layers, rendering the understanding of the interactions between these layers important to understanding impacts to Houston weather and air quality standards. Houston is less than 60 miles from the coast of the Gulf of Mexico, allowing it to be subject to SB influences and introducing a more heterogeneous and complex land surface for the SB to interact with. Additionally, Galveston Bay can produce a bay-breeze, which can interact with the SB to increase areas of enhanced convergence. Understanding the SB is vital to fully understanding the evolution of the ABL within the Houston area. Cases of SB days from the TRACER-CUBIC IOP are synthesized here. Initial results from multiple SB case study events are discussed, including events in which the SB appears responsible for convection initiation throughout the city. 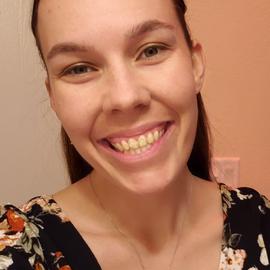 I started my PhD journey here at OU as a graduate research assistant in January 2022. My work includes investigating boundary layer interactions around Houston, TX and how the sea-breeze and air pollution may affect convection initiation surrounding the city. I focus on ground-based boundary layer profiler observations. Prior to OU, I received my M.S. in Atmospheric Sciences from the University of Wisconsin-Milwaukee, where I focused on a modeling study investigating forecast uncertainty in high-shear low-CAPE environments in the southeastern United States relating to sea-surface temperature sensitivities. I earned my B.S. in Meteorology from the Metropolitan State University of Denver in December 2019.