Dependence of Retrieved Cloud Properties on Environmental Conditions in Cold Air Outbreaks over the North Atlantic: Results from COMBLE 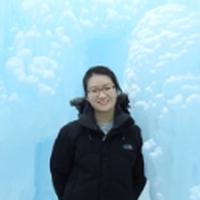 Zeqian is a PhD student working with Dr. Greg McFarquhar. Her research generally is examining how cold air outbreaks will influence the boundary layer clouds using the measurements from COMBLE (Cold-air Outbreaks in the Marine Boundary Layer Experiment) project. This seminar is an annual PhD update.

Cold air outbreaks (CAOs) are defined as the equatorward advection of extremely cold polar or cold continental origin air masses across the sea ice boundary over a relatively warmer ocean. For example, the Arctic has a large area of sea ice, which provides favorable conditions for CAOs. Intense CAOs can result in severe weather, boundary layer (BL) turbulence, redistribution of latitudinal heat, and strong surface and sensible heat fluxes. Their treatment in weather climate models is important but demonstrably poor. The Department of Energy Atmospheric Radiation Measurement Program sponsored an experiment called the Cold-air Outbreaks in the Marine Boundary Layer Experiment (COMBLE) in Andenes, Norway between 1 Dec 2019 and 31 May 2020. COMBLE collected 34 days of CAO events during six months of measurements. These measurements help to better understand the role of CAOs in BL convection, and how aerosol and meteorological conditions control CAO cloud properties.
Contour Frequency by Altitude Diagrams (CFADs) show that more than 50% of clouds were within the BL (below 3.5 km) when CAOs occurred, with deep frontal clouds (up to 10 km) occurring more frequently in non-CAOs. Below the BL, cloud thicknesses were approximately 40 m larger and cloud bases 80 m higher when CAOs were present. An index M, which represents the difference in potential temperature between the sea surface and 850 mb, which is the approximate upper BL level, is calculated to describe the intensity of a CAO event. A positive M represents an unstable lower troposphere. As M increased from -10 K to 12.5 K, namely the CAO intensity increased, a dry layer appeared above the BL, and the median cloud height lowered from 9 km to 3.5 km. The dry layer above the BL prevented convection penetrating deeper. The BL also deepened from several hundred meters to 2 km due to stronger surface and sensible heat fluxes. The spectral width broadened when M increased, indicating turbulence and shear were strong when CAOs occur. The surface became moister when M increased, indicating more precipitation occurred within stronger CAOs.
The distributions of micropulse lidar linear depolarization ratios in terms of Ka-band radar reflectivity and cloud base temperature show that both CAOs and non-CAOs had an increasing frequency of ice-phase occurring at cloud base with decreasing cloud base temperature. Both CAOs and non-CAOs had an increasing linear depolarization with increasing radar reflectivity, while non-CAOs tended to have higher radar reflectivity. These distributions also show that most cloud layers can be classified as ice-phase dominated when Ka-band dBZ is larger than -30 dbz. Further, more than 30% of cloud bases were liquid-dominated when the temperature was below 0 deg C, and more than 53% of the precipitation below cloud bases was liquid when the temperature was between 0 and -10 deg C in CAOs.