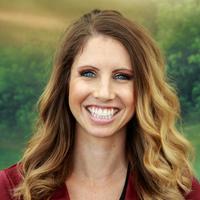 Ryann Wakefield is defending her dissertation to complete her doctoral degree at the OU school of Meteorology. After graduating, Ryann will become a post-doctoral researcher with NOAA and CIRES in Boulder, CO.

The Great Plains region is characterized by highly variable and often extreme precipitation. Devastating multi-year droughts are common in the region, and can often be followed by years of above normal precipitation. Drought onset can be difficult to predict, especially in cases known as flash drought when both onset and intensification are rapid. These flash drought events can often lead into longer term drought such as was observed across much of the central United States during 2012. On the other side of the precipitation distribution lies excessive rainfall, and the impacts of resulting flooding can be just as detrimental to agriculture and society in the region. While landlocked states in the Great Plains aren’t typically associated with tropical cyclones, recent studies have begun to draw attention to the idea that these storms may reintensify over land in the presence of anomalously wet soils. This is colloquially known as the Brown Ocean Effect. It has been hypothesized that above normal precipitation during spring of 2015 provided sufficiently wet soils to aid in the reintensification of Tropical Storm Bill as it propagated inland over the Great Plains and Midwest. Though the flash drought/drought of 2012 and Tropical Storm Bill during 2015 seem unrelated except for shared geography, both extremes may have been influenced by land-atmosphere feedbacks. It is well known that drought and heavy precipitation are often tied to larger scale atmospheric forcing, however, numerous studies have demonstrated that land-atmosphere feedbacks may also amplify extremes in the region. It remains a challenge to disentangle the influence of the land surface from that of the overall atmospheric pattern. However, the key to increased predictability for events such as flash drought may rely on answering the question ’to what extent does the land surface really influence hydroclimate extremes?’ This study presents new approaches to better estimate the relative contributions of land-atmosphere feedbacks toward precipitation extremes in the Great Plains, with a primary focus on the flash drought/drought of 2012 and the overland maintenance/reintensification of Tropical Storm Bill during 2015.