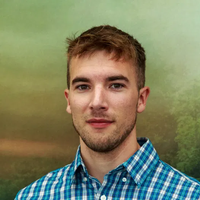 Chris Rattray is student at the OU School of Meteorology in the Masters degree program. Prior to coming to OU, he earned a BS in Physical Geography with a specialization in atmospheric science from the University of Manitoba.

This study investigates the spatial and temporal variations in the nocturnal low-level jet (NLLJ) over the Great Plains in an effort to understand why a maximum in deep convection occurs at night during the summer over this region. A synoptic framework is used to investigate variations of the NLLJ and associated destabilization by placing it within the context of the return of warm, moist, southerly flow following the passage of a cold-front. The primary source of data utilized in this study are soundings from 3-h radiosonde launches made from five sites during the International H2O Project (IHOP_2002) field campaign from 25 May to 15 June 2002. Destabilization mechanisms associated with the NLLJ are examined on two nights: 8 and 10 June 2002, these dates were selected because each night had a different mechanism take place. Soundings are supplemented with data from the European Centre for Medium Range Weather Forecast’s ERA5 reanalysis model. Consistent with recent theoretical and observational studies, the NLLJ was characterized by a westerly wind maximum located above the well-known low-level peak in the southerly winds. In subsequent days after the cold-front on 5 June 2002, southerly and westerly NLLJs intensified as a result of intensification of the geostrophic component with ageostrophic enhancement from the inertial oscillation mechanism to the southerly wind-maximum. Intensification of the southerly geostrophic winds at night was associated with a diurnal reversal of thermal gradients along the sloping terrain that exists over the southern Great Plains. This reversal of thermal gradients intensified for several days after the front, as a result of differences in the nocturnal stable boundary layer between the western-most site and ones further east. This finding is consistent with greater moisture in the east enhancing downwelling longwave radiation contributing to thermal gradients along the slope. These results suggest advection of warm moist air by the NLLJ is a potential self-enhancing mechanism. Mechanisms driving the westerly wind-maximum are associated with the diurnal cycle involving upslope and downslope flow. Interestingly, while the sounding data suggest that the westerly wind maximum is ageostrophic in nature, the ERA5 data suggest the enhancement is largely geostrophic. Further investigation is needed to elucidate the physical process(es) involved. Spatial and temporal variations in the structure of the NLLJ caused systematic changes in the Convective Available Potential Energy (CAPE) and Convective Inhibition (CIN). On 8 June 2002, the primary cause of destabilization was a weak yet persistent mesoscale ascent of ~2 cm/s over a 6 hour period associated with the westerly NLLJ. In contrast to the previous case, on 10 June 2002, the primary cause of destabilization was differential advection associated with low-level moisture advection by the southerly NLLJ and advection of an elevated mixed layer by the westerly NLLJ. This investigation provides a synoptic framework in which the NLLJ intensifies in days following a cold-front, as thermal gradients along the sloping terrain increase, stronger NLLJs are produced and as a result, contribute to the return unstable conditions to the region at night.