Initiation mechanisms of nocturnal convection without nearby surface boundaries 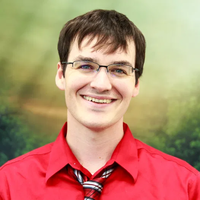 Dylan Reif is a PhD candidate at the University of Oklahoma. Dylan became interested in meteorology from an early age and the May 3, 1999 tornado only solidified his interest in meteorology. He graduated with his bachelor’s degree from OU in May of 2013 and got his master’s degree from OU in 2015 working with Howie Bluestein on nocturnal convection. He has extensive field work experience. In 2015 he participated in the PECAN field project and since 2016 has been the operator and navigator of the RaXPol Doppler radar.

Nocturnal convection is common over the central and southern great plains. Nearly 25% of this convection initiates without any apparent surface convergence (i.e., far away from surface boundaries) and no clear feature is responsible for the initiation of this convection. In a 20-year climatology of nocturnal convection initiation, four common features are likely responsible for this convection: the nocturnal low-level jet, atmospheric gravity waves, potential vorticity anomalies, and quasi-geostrophic-aided ascent. These four features are not common to all events. In most cases only one feature might facilitate nocturnal CI, in some cases, two or more features might be present and, in some cases, a different feature might be responsible for CI. Three of these features will be replicated using cloud model 1 (CM1) to see the effect that the feature has on a typical nocturnal environment and a PV inversion technique will be used to analyze the effect of PV anomalies on the nocturnal environment. This nocturnal environment is based on the 20-year climatology of these events. The vertical velocity and net vertical displacement of air parcels will be analyzed for a set of nine different nocturnal environments. If time permits, these features can be combined to see what effect how the superposition of two or more features can impact nocturnal CI.