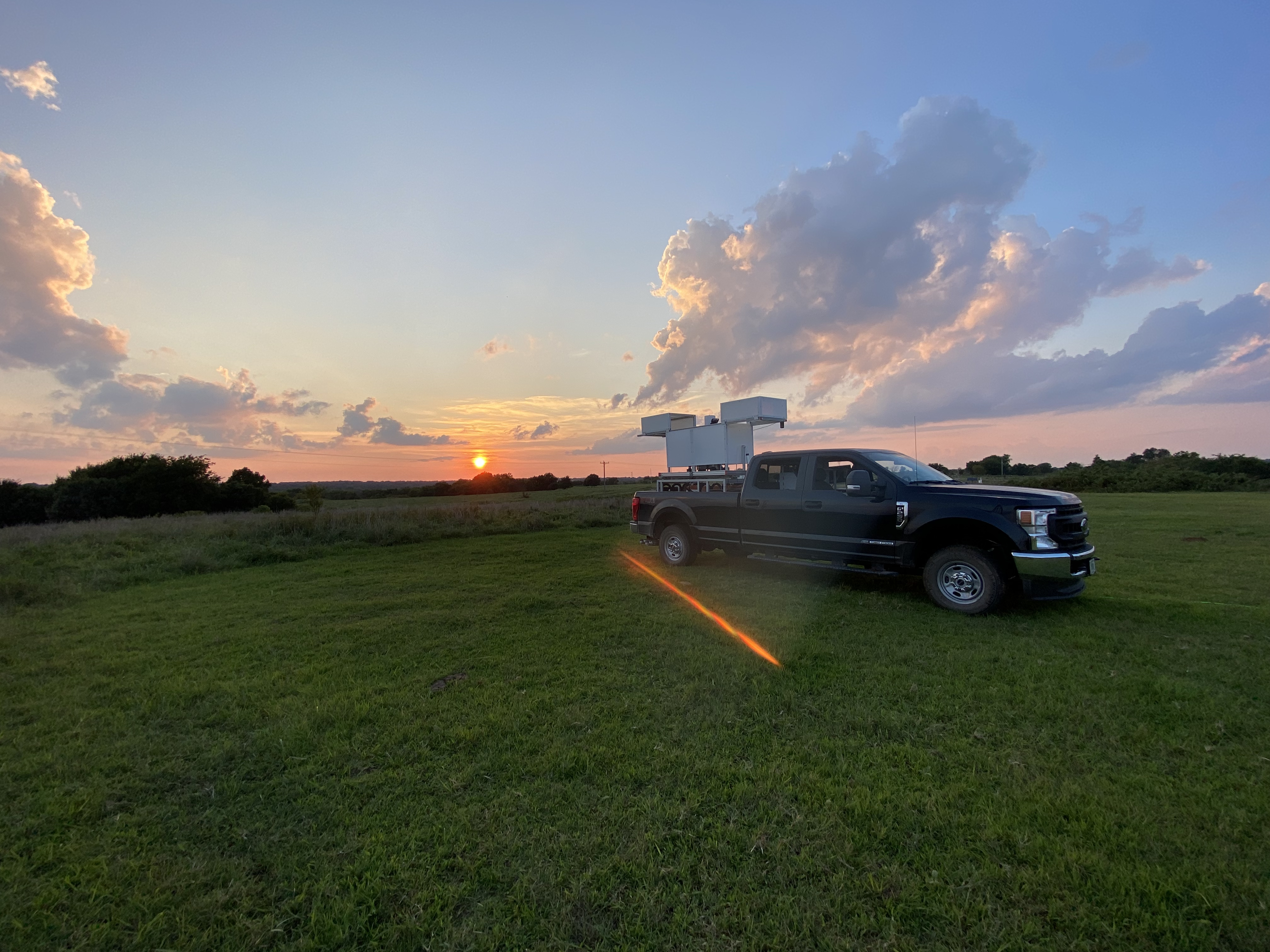 The Doppler lidar truck at sunset.

The Doppler lidar truck takes the concept of CLAMPS and downscales it into a more nimble tool for storm-following deployments. Unlike CLAMPS, a pickup-truck-based system is able to deploy and redeploy in nearly any location in minutes or less. It is less prone to high-wind issues, and is easier to rapidly remove from any dangerous situations.

However, this nimble system is limited to kinematic observations via a Halo Doppler wind lidar just like those deployed on both CLAMPS. There are no thermodynamic observations unless radiosondes are released. In some cases, a surface-level mesonet rack may be installed on the truck as well. Thermodynamic remote profilers based on radiative properties of the atmosphere (e.g., microwave radiometers and AERIs) are subject to calibration issues and general representativeness problems when deployed in this rapid, short-term format. The environments in which a storm-following platform is likely to deploy also make up more of the “tail-end” of the climatological distribution of environments, which makes retreiving thermodynamic variables difficult if those are the only observations collected.

The enclosure system on this truck is controlled from within the cab, promoting safe operations in the event of lightning in the area. It also self-levels the lidar for accurate measurements, again enabling more nimble deployments. The enclosure is built to be large enough to house two Doppler lidars, which would make the system capable of rapid and/or complex scans. The interior data system mirrors the data system format of the CLAMPS platforms with automated data syncing, processing, and archival back to the National Weather Center when bandwith allows.