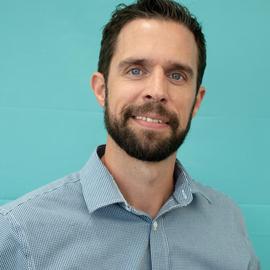 Tom is a research scientist III at the Cooperative Institute for Severe and High-Impact Weather Research and Operations (CIWRO) at the University of Oklahoma in support of NSSL. He has broad research interests in synoptic-dynamic and mesoscale meteorology, with an emphasis on phenomenological and process studies of severe convective storms, extreme rainstorms, tropical cyclones, and midlatitude bomb cyclones. His work uses a combination of observations and numerical models to advance understanding and update conceptual models with the overarching goal to contribute to improvements in the forecasting of these phenomena. Prior to joining CIWRO in June 2019, Tom was a project scientist in the Mesoscale and Microscale Meteorology Laboratory at NCAR from 2011-2015 and an assistant professor in the Department of Hydrology and Atmospheric Sciences at the University of Arizona from 2015-2019. Tom is a two-time recipient of the University of Arizona’s Award for Excellence at the Student Interface (2016 and 2018). He also received the American Meteorological Society Editor’s Award for Monthly Weather Review (2016) and the NCAR Recognition Award for Outstanding Publication (2013). Tom served as the chair of the AMS Committee on Mesoscale Processes from 2016-2019 and has served as an associate editor for Monthly Weather Review since 2012.